The name “Agatha” refers to Saint Agatha, the patron saint of women with breast diseases. Indeed Saint Agatha, whose breasts has been ripped with tongs to permanently mar her beauty,  was miraculously healed after a vision of St. Peter. “Lite” refers instead to the lightweight and micro-invasiveness of the treatment, but also to the therapeutic source (Light, hence the laser). For the time being, the application is only adopted in Reference Centres. AgathaLite indicates the application of EchoLaser in gynecology/senology. Malignant breast cancer with mini-invasive ablative techniques has been discussed in many studies since the 1990s (there are reviews about laser thermal ablation, RF ablation, microwave ablation, cryoablation and HIFU on the breast). 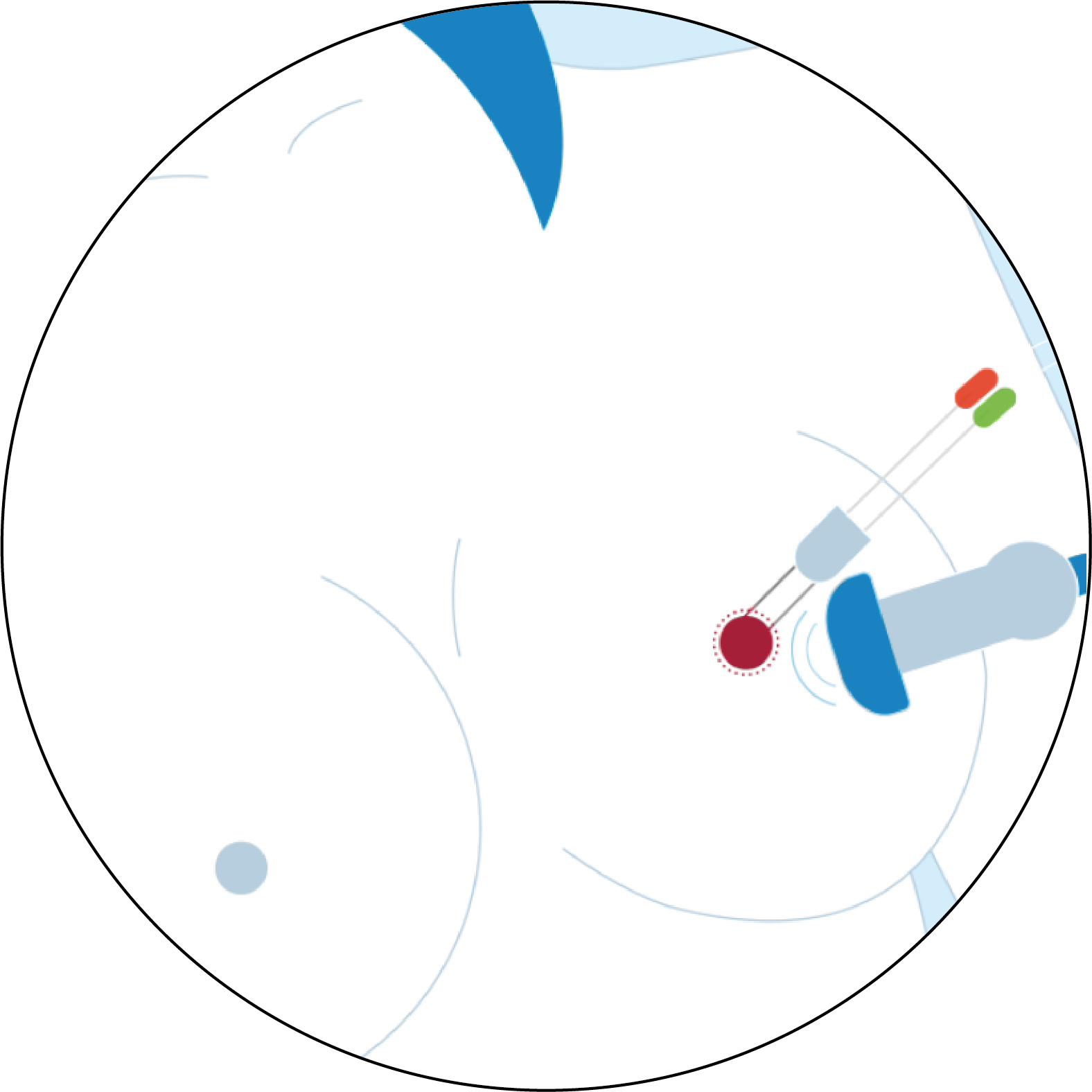 There is growing interest in EchoLaser for its breast application. However, at the moment there is only one publication on thermal ablation of breast cancer with EchoLaser (The Evolving Role of Ultrasound Guided Percutaneous Laser Ablation in Elderly Unresectable Breast Cancer Patients: A Feasibility Pilot Study, Nori J. et al., BioMed Research International, 2018); therefore, until further scientific evidence is available, AgathaLite is considered as a therapeutic option for patients with breast cancer who cannot undergo or refuse surgery (in line with the aforementioned article) or patients with benign tumor (fibroadenoma).

At Ideal Medical Solutions, we promise to keep your data safe and private, not to sell your data and to give you ways to manage and review your marketing choices at any time. Find out more regarding our Data Privacy Notice and Cookie Policy